Heading to the a.m. house party with my girls: Jenny, the Broadway star from Cats; Eileen, the White girl who out-danced everyone at Morris Chestnut's Chocolate Party a few Valentine's Days ago; Iris, the ex-girlfriend of an NBA player, who walked away because she was too good for him; Annisha, the fashion designer turned magazine publisher; Gina, the fashion merchandising extraordinaire; and Farrisha, the vivacious twin sister of Annisha, whose wit and sarcasm was immediately endearing. 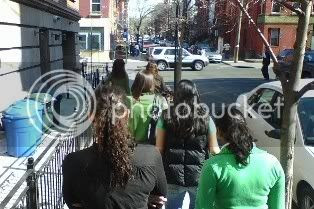 Climbing through the window to a party on a roof deck, until the police came and told a bunch of young New York professionals that we were getting too rowdy. 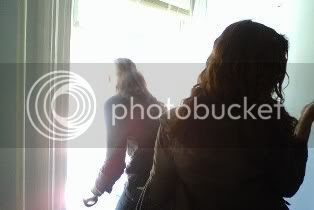 As the St. Patrick's Day Parade ended, barhoppers filtered back into the bars (and the lines to get into the bars). 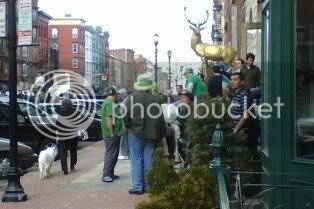 The Empire State Building from the streets of Hoboken 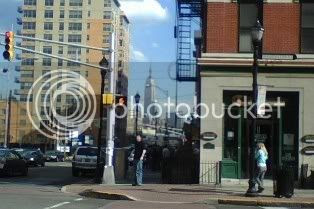 Pizza at Lombardi's back in Manhattan later tonight 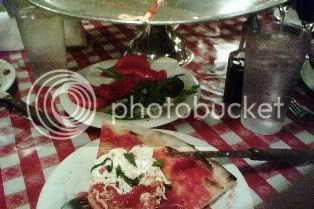 NO!! You cannot post a photo of pizza at Lombardi's. It almost makes me want to be back in NYC! I love that pizza!