Now that it is getting warmer, I've stopped drifting underground from train to train like a mole. I decided to start walking from Times Square again instead of hopping on the 7 train.

I walked by Diane Sawyer and Robin Roberts as they exited the ABC television studio to join the GMA sidewalk crowd. 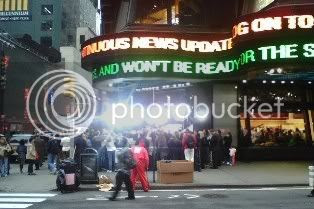 And the good fruit cart and the evil bagel stand of the sidewalk conscience. This morning, I avoided the blueberry muffin devil and purchased an angelic apple. 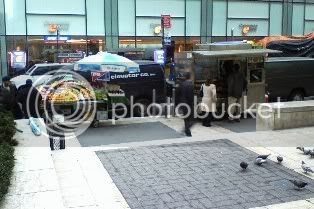 cool pix. your funny, I would of ran straight to the bagel stand, saying "the devil made me do it"!