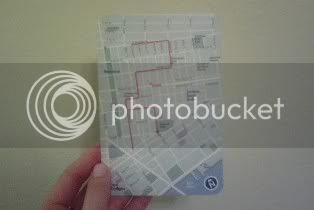 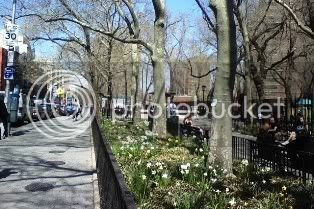 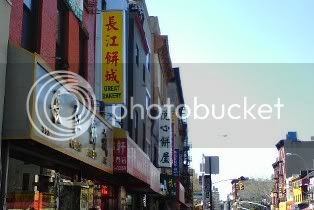 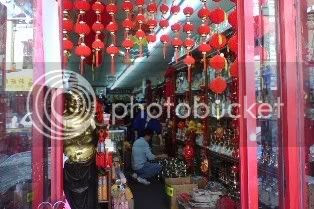 One of the neighborhood's religious landmarks:
Eldridge Street Synagogue 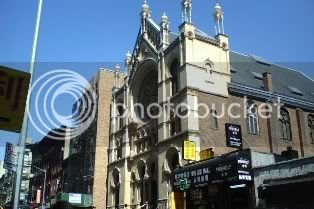 Chrysler Building from the Lower East Side 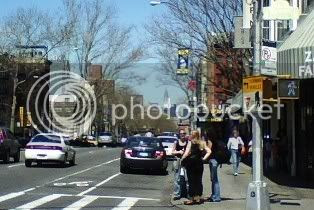 One of thousands of Zagat-Rated restaurants:
Little Giant has fabulous window seats 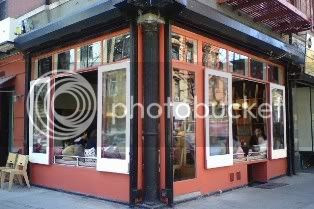 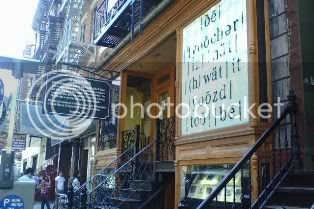 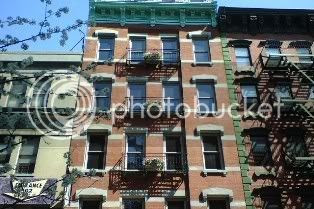 Among various books in the Tenement Museum shop illustrating
the many love affairs with New York that came before mine,
I found a book about me: Part Asian, 100% Hapa 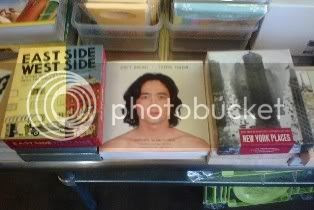 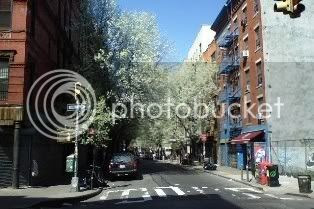 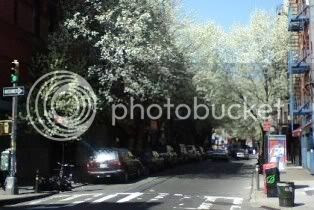 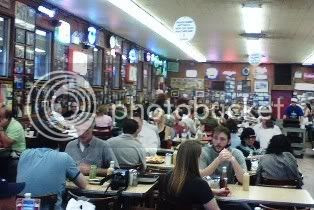