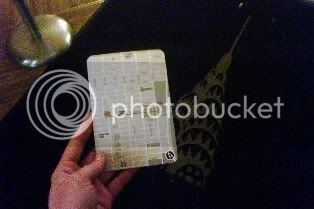 Looking west on 42nd Street beyond the Grand Hyatt Hotel, where I stayed with my teammates of the Western Carolina University Model United Nations team during the 2001 National MUN Conference 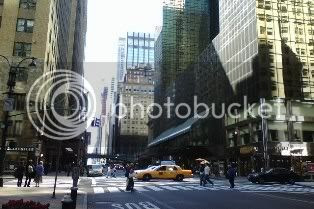 I would never have believed back then - as a North Carolina college student visiting New York City - that six years later, I would be working in an office building less than three blocks away on West 42nd (the building in which I work is just barely visible on the right). 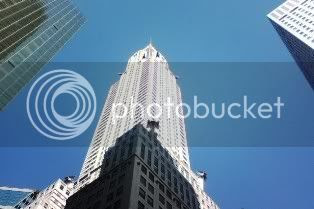 The lobby of the Chrysler Building 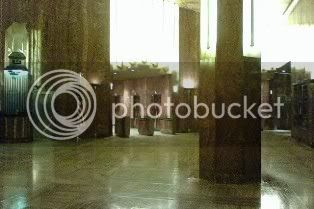 And its mural ceiling 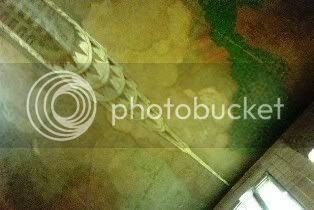 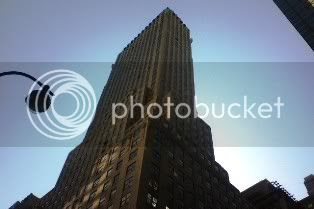 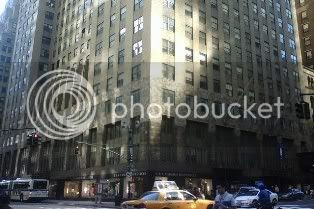 Vaulted interior at 110 East 42nd, in which it appears that
a banquet for Parade magazine was in preparation 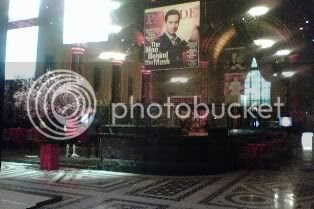 Hanging from the ceiling are various magazine covers,
including one featuring Tobey Maguire, which made me
think of Dina's recent blog post.

Garden atrium of the Ford Foundation 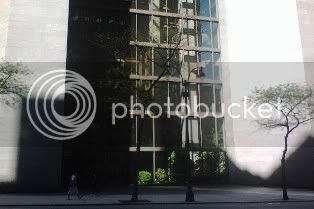 The stairs to Tudor City 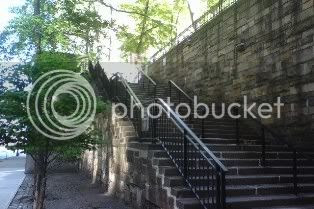 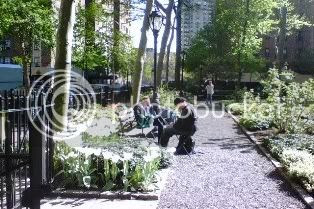 South side of East 42nd North side of East 42nd 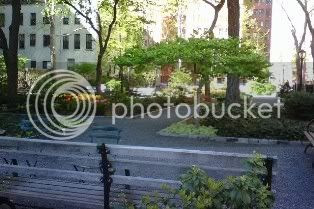 Tudor City in the shadows of more modern architecture 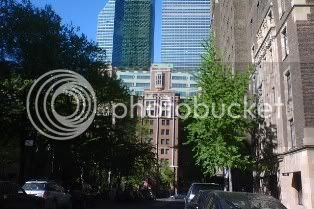 One of the 12 apartment houses: Tudor Place 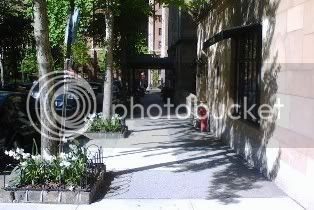 The United Nations from the overpass above 42nd Street 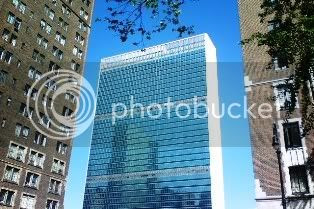 Looking back on my route from the overpass connecting the twin parks of Tudor City, one of my new favorite neighborhoods 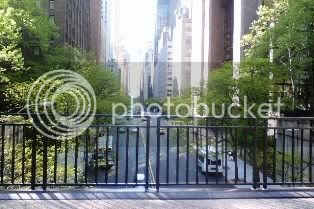 From here, I could see the entire length of 42nd crossing Manhattan to New Jersey on the opposite bank of the Hudson River.
posted by KJS at 6:23 PM