I spent five years as an undergraduate in college, but it took a Memorial Day Weekend barbecue in Scarsdale with some ridiculously hot Italians to get me to play a drinking game. My coworker Jenny invited me up to East Chester to join her older brother's friends for an afternoon of burgers and beer. Jenny - in her hilarious Beerpong T-shirt - taught me the rules of "flip cup" - which I found that I am quite good at. In fact, I would venture to say that my skills as a first-timer were extraordinary.

Disclaimer to my mom and other moms: I played with small amounts of beer in my cup during each round, and I quit before I had drank enough to barely equal two beers so please spare me the phone call that will likely follow after reading this post. I know, I know. I'm 27 years old and should know better. But as you always say, anything is ok in moderation - except maybe crystal meth.

Getting to Scarsdale from the city was surprisingly easy. On the Metro-North train from East 125th Street, I was in Scarsdale in about the same amount of time that it would have taken me to get to West 14th Street on a downtown no. 1 train.

I returned to the city early so that I could attend the BBQ of another friend at his apartment and roofdeck on Bleecker Street. It's rare that you meet insanely wealthy and successful men who aren't equally pretentious, but Kevin (despite his "my driver will take you anywhere you want to go" line from Wednesday night) is not one of them. In the short time I've known him, my impression of him is one of a very down-to-earth, fun and genuine individual. Not quite what one would expect of someone who regularly orders car service.

After the Bleecker BBQ, several of us went to Tenjune, where he and his friend dropped the $1500 minimum for a booth to get all of us into one of the hottest (and harder to get into) clubs in the city. I had never heard of Tenjune before - being a green and unproven clubgoer, whose idea of a late night is anything after the 11 p.m. showing of "Sex and the City" on TBS.

I was pretty proud of myself for staying out until 4 a.m., which has become an increasingly rarer occurrence since my early 20s. However, despite roughly four hours of sleep, I woke up early this morning in a puddle of sweat in the sauna that is my apartment and immediately decided that today will be the day that I make legitimate efforts toward finding an air conditioner and having it installed in the air conditioner box under my window.

As the back of my legs began to stick to the normally soft microsuede on my couch, I came across reruns of "Run's House" on MTV and noticed in one particular episode that DJ Rev Run's birthday party had been held in Tenjune recently.

"Oh, that's where we were last night," I thought to myself as I seriously debated whether or not to buy a lawn chair at the corner $.99 store and camp out in the frozen food section of the C Town across the street. I've had two cold showers in the last seven hours. 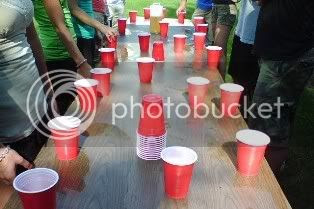 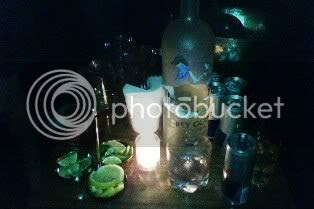