"So ... you're flying back to New York on September 11th?"
That was Terrence last week when he saw my travel itinerary to Atlanta, purchased using a Delta Weekly Web Fare Special requiring a Saturday departure and a Monday or Tuesday return. And this was him yesterday when he saw me off at the Hartsfield-Jackson Atlanta International Airport security check point: "Man, I should travel on Tuesdays more often. It is so empty in ... ohhhhhhhhh. Right."

Security yesterday just before I boarded an 8:45 p.m. flight from the world's busiest airport (since 1998 according to About.com). 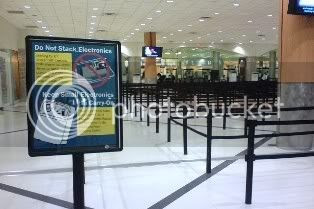 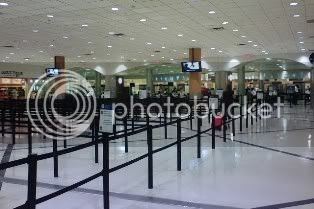 And another phone photo op of approximately four rows
to myself on a Boeing 747 (snapped just before take-off). 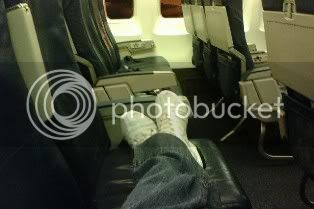 I slept almost the entire flight and barely remember taking off from Atlanta, but I awoke when a flight attendant announced our descent into La Guardia around 11 p.m. As we banked left to fly up the East River, the pilot's voice cracked as he said over the loud speaker: "Please look out the left of the aircraft."

I slid across the aisle to the left side of the plane and peered into the darkness. Below the twin pillars of the "Tribute in Light" memorial pierced the night sky, and I am certain that the same chill raced up the spine of every passenger. For the first time on any flight I have ever taken into or out of New York, my eyes were not darting excitedly from the Statue of Liberty to the Empire State Building or searching for the sparkling outline of Times Square. I could not tear my eyes away from where the Twin Towers once stood.

I was in that moment where we are all New Yorkers. 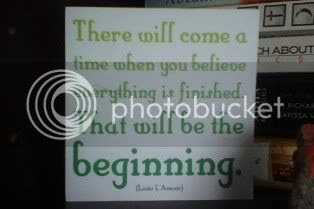 Yeah, seeing "the lights," as some people often call them for short, is both tremendously saddening and healing at the same time. I remember I trained into Lower Manhattan with a friend once and "the lights" were on. You simultaneously get a little tear in your eye and the urge to hug the person you're with at the same time, at that moment you are both New Yorkers.

what a story.!! I wish you could of taken a picture of THAT!!! Not that I didn't enjoy the others :)

That is AMAZING that NO ONE was at the aiport or in the plane. tell the truth....weren't you alittle scared??!!

Wow your post gave me chills. What a site that must have been.