After work, I headed over to Bryant Park solo with a blanket and a salad from Cosi to join a couple thousand people for a showing of Casablanca on the lawn. Moviegoers rush the park at 5 p.m. each Monday in the summer to score a spot on the grass for the 8:30 show; having left the office at 6:15, I was lucky to find a 4x3' patch that would eventually lengthen to a 6x4' rectangle. 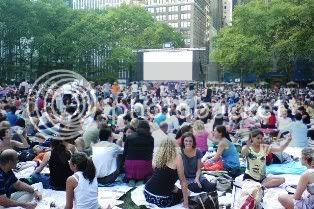 Innovative ways to mark your territory and signal to your forces (balloons, umbrellas and squeegy mops - to name a few) 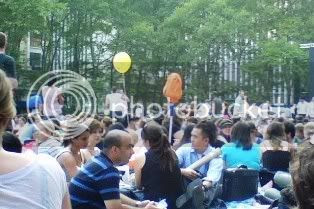 These girls had the 3.5-hour wait for the movie down to an exact science. Self-proclaimed veterans, who have frequented Bryant Park movies every Monday for the past two summers, they said that it's strictly trial-and-error. Their process has evolved to include board games, food and wine ... all of which they were very generous to share with those squeezed in around them. 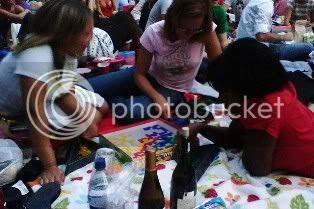 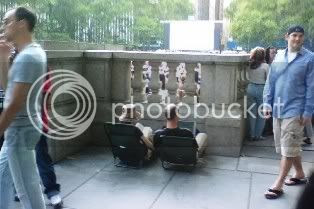 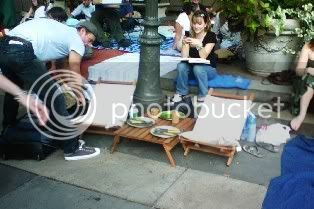 Rounds of applause and cheers erupted from the audience throughout various parts of the movie, including when Humphrey Bogart and Ingrid Bergman each first appeared on screen and when Bogart spoke some of his most famous lines. But perhaps the largest cheer of all came when he said, "I was born in New York City if that'll help you any."

Ilsa: But what about us?
Rick: We'll always have Paris. We didn't have...we'd...we'd lost it until you came to Casablanca. We got it back last night.
Ilsa: When I said I would never leave you...
Rick: And you never will. But I've got a job to do, too. Where I'm going, you can't follow. What I've got to do, you can't be any part of. Ilsa, I'm no good at being noble, but it doesn't take much to see that the problems of three little people don't amount to a hill of beans in this crazy world. Someday you'll understand that. Now, now... Here's looking at you kid. 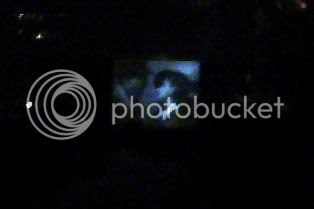 "Louis, I think this is the beginning of a beautiful friendship." 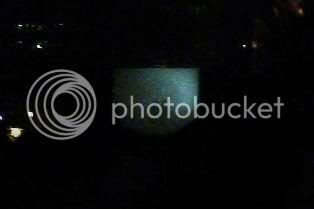 landmarks: in other words, phone photo ops, so new york

Hey, I came across your blog accidentally and love it! i might have even passed by you Casablanca night! I was one of those people coming in at the last minute scrambling to find a seat and just stood in the back :(
love the city walk cards too. maybe we'll cross paths one day. but i'm starting from card #1

Are all the movie nights on Tuesdays?