Greetings for a final time from the land of redundant packaging. See photo below.

Today is my last day in [city eradicated] ... not quite my last day in Japan as I have an 8-hour layover in Tokyo tomorrow before my 13-hour flight back to the armpit of the northeast, I mean, Newark. As usual, Terrence was busy most of the day with game film meetings and basketball practice, but I was able to enjoy one of very few sunny days that I've had during my trip. Most days were windy, rainy and snowy. Scattered showers. Lows in the twenties. Between team trips to away games in other cities, I caught up on a lot of much-needed sleep and discovered watch-movies.net over sushi and Japanese pastries.

Terrence has a comfortable, furnished apartment decorated with tatami mats and shoji screens. He doesn't live in the most lavish neighborhood in [town eradicated] , where I was told that the per capita income is higher than any other city in Japan, but his neighborhood has adorable, narrow streets lined with tiny restaurants, cafes, bakeries and shops. Bell Bakery, two blocks from his apartment, has become a daily favorite of mine. They have the best bread and cakes. It's always crowded before noon and the wide variety of baked goods go fast. I am certain that everything is fresh every day because one evening I went in and literally bought the last bag of rolls.

Very few people in [town eradicated] speak English so I have purchased quite a few things that weren't exactly what I thought they were - the outcome of which has had diverse effects. Grocery shopping, for example, is a lot harder than one may think. Imagine walking into a grocery store where none of the packages or cans have labels; that is what it feels like. Or imagine sitting in a restaurant and trying to order what-you-thought-was-chicken based on a faded, blurry photo adjacent some Japanese characters. The experience overall has been a lot of fun - and certainly memorable.

The Japanese also have an amusing disregard for what Americans would accept as proper English spelling and grammar (much to my delight). In the past three weeks, I've noted the following: a candy called Crunky (pronounced Crunchy); a T-shirt with the words: "Love is Brind"; a sign that read: "Wishing Christmas pals to bring you a happy time"; a hardware store called Hard-Off. I wish I could remember some of the other good ones. The variances in spelling and grammar have to do with Japanese pronunciation. R's are pronounced like L's and some L's are pronounced like R's - even though the Japanese don't seem to be able to produce a true R sound. Terrence's fans, for example, were always shouting: "Tellence! Tellence!" And his teammate Rodney has learned to answer to "Law-doh-ney." I also found much delight in this and encourage Tellence to legally change his name.

As I prepare to leave Japan, I am reflecting on the experiences and discoveries that I am logging to memory. One of the greatest lessons I have learned is that, in my 28 years, I have vastly underestimated the value of a heated toilet seat. I am also quite sad to leave behind the posterior shower and bidet spray. If I ever own a home, I fully plan to invest in importing one from Japan. 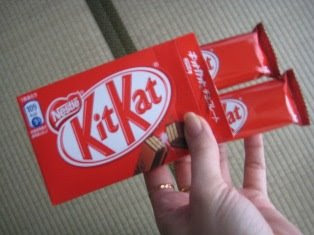 A Year Ago Today: NYC Real Estate: You Do Not Get What You Pay For
Two Years Ago Today: Penmanship Approved
posted by KJS at 9:34 PM