The view from my boss’s new office (a floor below the founder's office), which is ultimately my view through her glass walls from my new cubicle. 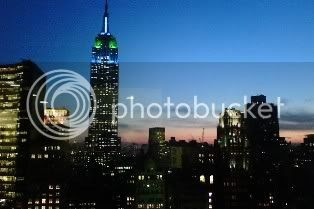 The best part about being an assistant is that when your boss is promoted, generally so are you. My boss was promoted to SVP so I received a promotion, a raise ... and a gold star. It's kind of nice to ride on the coattails of someone else's success.