“Things I Love" Thursdays – What I Love About New York

Over the past year and a half, I have heard that sentiment - in varying grammatical structures - initiated without my prompting and completed in dozens of different ways.

Last night, my coworker David and his boyfriend Christopher hosted a holiday party in their gorgeous Upper West Side apartment. This was the fourth or fifth holiday party I've attended this month, and it was my favorite for two reasons: 1) I received a set of four Williams-Sonoma All-Purpose Balloon Wineglasses in the gift exchange, and 2) the party was at David and Christopher's. Their one-bedroom, for which they pay well over $2000 a month, is my favorite of all of my friends and coworkers in Manhattan. It probably doesn’t hurt that it has the exquisite decorative touches of a not-too-trendy, fashion-forward gay couple. But the layout is just right for two people with all of the quintessential New York effects: exposed brick on opposite walls, tiny kitchen off of the shared living and dining space, bricked in fireplace, and the faint outline of the black fire escape through transparent curtains.

While you wait to be buzzed into the building at the top of five stone steps, you can look west to Broadway and east to Amsterdam on a tree-lined street sprinkled with restaurants, cafes and neighborhood bars. Then you enter a tiny foyer with a large, ornamental mirror and proceed beyond a row of embedded, steel mailboxes. Because I know they are looking to buy something on the Upper West Side, I’ve told David and Christopher on many occasions that if I have a live-in boyfriend or a husband (or am in any situation creating dual income) by the time they move out, I would love to take over their lease.

As I stood at the party balancing my glass of Cabernet and a plate of veggies and dip, gourmet crackers with brie cheese, spring rolls and dumplings, I was somewhat absentmindedly listening to a conversation between Christopher and my boss. I don’t immediately recall what they were talking about, but I distinctly remember Christopher saying, “That is what I love about New York.”

When their discussion had ended shortly thereafter, I said to my boss, “I love that there are people all over the city at any given time saying, ‘That is what I love about New York.’”

They’re at holiday parties; they’re in restaurants, bars or cafes; they’re in parks, walking on sidewalks or waiting for trains; they’re sitting in the backs of cabs; they’re meeting friends for happy hour or shopping or at the gym; they’re in night clubs or lounging in tiny apartments (or larger ones if they’re lucky) on couches, futons or even bean bag chairs; they're visiting museums, gallery openings or going to the theater; they're listening to live music, laughing at local comedians and not caring about how many celebrities they pass on the street or spot in Duane Reade (or at least pretending). They’re in any given place in this city and at any given time they are saying, “What I love about New York is …”

This week, my boss’s issue of New York Magazine arrived in the office. The featured cover story: Reasons to Love New York Right Now. This morning, I flipped to the table of contents and read the prologue to the article:

Reasons to Love New York Page 33
Literate 4-year-olds. Illegal immigrants who won’t be handed over to Mitt Romney. A massage-therapy student who hit it big thanks to her smooth, beautiful feet. These are just a few of the reasons that, for the third straight December, New York has come out at the top of our list of the best cities on Earth (better luck next year, Boston). Within, we look at 48 more, from the high-minded (a bike-loving transportation commissioner and other great achievements in urban planning) to the romantic (four couples who met on the subway) to the enterprisingly decadent (a truck that parks on Astor Place to serve waffles). Plus, for the first time, we’ve solicited ideas from our readers. (For even more public commentary, and the contributions of a smart-mouthed blogger who panned our list last year, check nymag.com.) So, for a somewhat-democratic and by-no-means-comprehensive reminder why you’re paying top dollar to cram into a city whose weather is currently doing its best imitation of winter on the Baltic Sea, read on.

And, of course, the camera phone photo op. 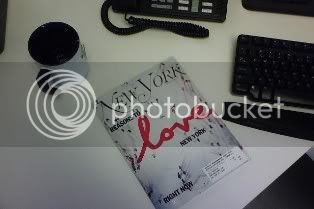 Aw, NYC loves you too!